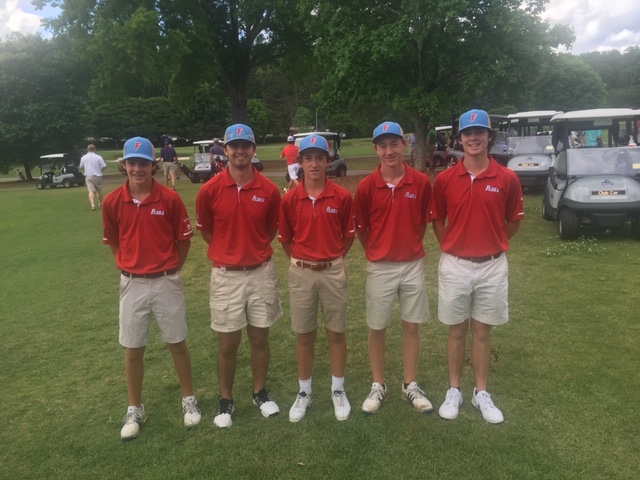 Posting a score of 303 in a field of 16, with a few individual players, the Falcons won by three whole strokes besting Eastside High School, an educational effort in palatial Greenville, South Carolina, just down a spell on I-85 from Spartanburg, South Carolina, where you will find prestigious Wofford College, a.k.a. “The Harvard of The Piedmont”, home of The Mighty Terriers, but I digress.

Ford Reynolds’ 74 was an excellent showing, just missing All-Upper State honors. Luke Sullivan’s 77 added to the victory, with a pair of 80’s from Wilhelm Elliott and Guy Buffum to round out The Fabulous Fowl’s day on the links at Furman University, truly one of the most beautiful campuses in the U.S.A.

“We turned the page after The Southern Cross and preparation was solid,” astutely observed Legendary Head Coach and the Big Toe of both the Boys and Girls Flora Falcon Golf Teams’ Feet.

“We kept our mental mistakes to a minimum. It was a total team effort, and we accomplished our goals by winning today, our 6th win of the year.”

Coach Dargan isn’t finished though, “Our ultimate goal is in front of us: next week at Hilton Head.”

Go Falcons! I love everything about golf except the missing putts part.

Next week, Our Blue and Red Boys of Spring head down to Hilton Head, South Carolina, honing laser-Falcon-like-vision focus to bring the South Carolina AAAA State Championship Trophy back to Forest Acres, South Carolina, where it feels comfortably at home.