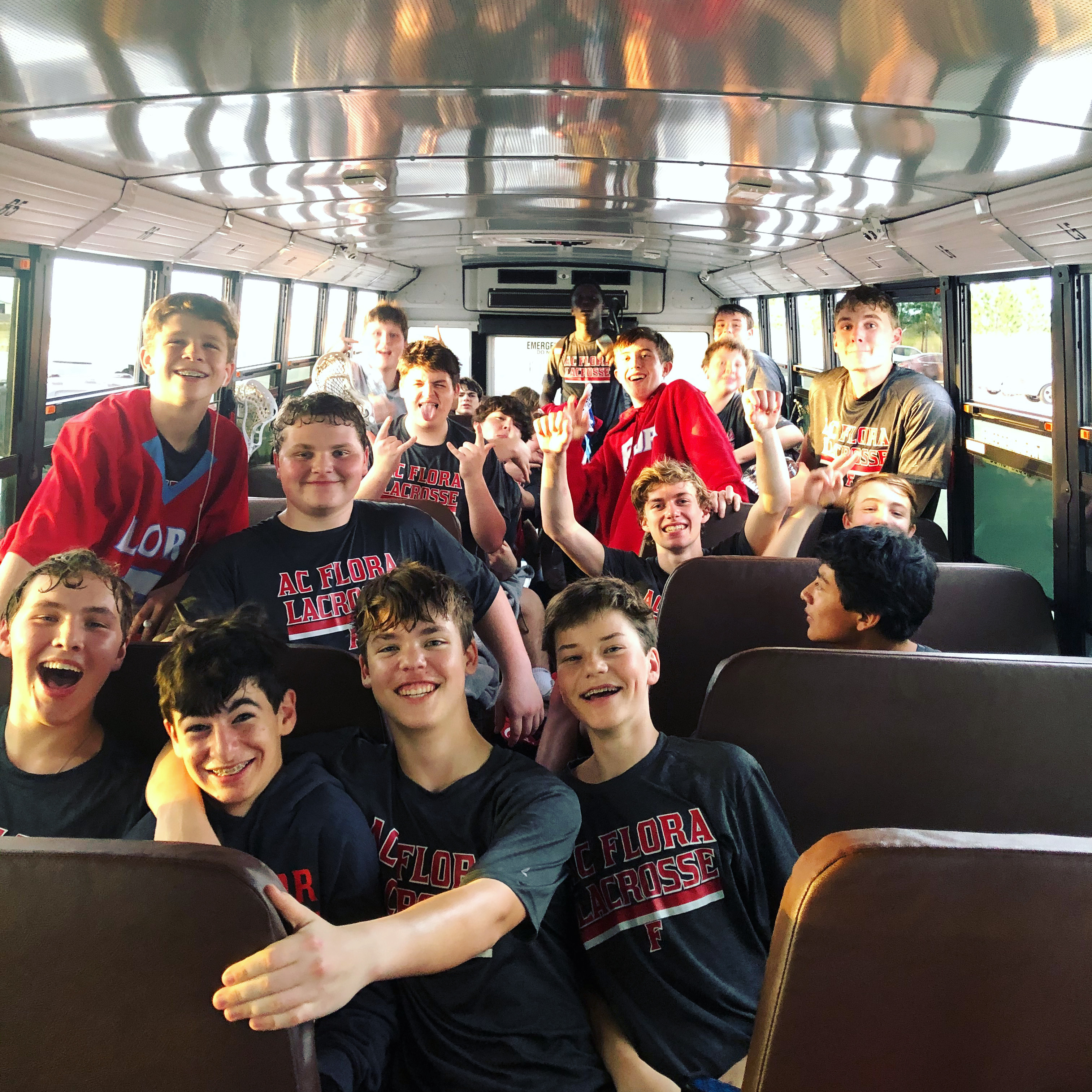 The Falcons were fired up and ready to go by the time they arrived deep in the heart of Lexington County at White Knoll High School. The coaching staff of Max Zester and Will Owens put some fire in their belly and whatever they said worked. It definitely worked.

The Falcons put up 2 goals in the first quarter, one each by Zach Owens and Andrew Tucker. Then the fun really started.

Charlie McCabe was hot on face-off, winning nearly every single one. In the 2nd quarte, Hank Overbay scored twice, one hard outside shot and the other muscled in close. Twice, McCabe won the face-off and tossed to Owens for a slam dunk. Robert Hodges had a beautiful assist to Owens for a score. Bo Morris and McCabe would also score unassisted goals. Tucker had another goal and an assist to Tilden Atkins, who tossed the ball in for a point. At halftime, the score was 11-0.

The 3rd quarter brought scores from Michael Balthazor and Tucker. Thomas Anders finessed his was in through traffic to score the final goal in the 4th.

Defense looked solid when WK was able to get the ball on their side of the field. Alexander Koutrakos, Jake Brooker and Henry Hodge were a constant and effective nuisance all night. Andrew Brumgardt fought for several ground balls and reliably carried them downfield, passing them to the attackmen in waiting. Ben Holmes was stout in goal, recording 5 saves.

The Falcons played their best game of the year technically. But it was the intangibles that really made it stand out. Teamwork, unselfish play and all around heart made this victory truly worth celebrating.