Since 1959, AC Flora has had a varied history of team and individual state champions. Most elusive has been a state football championship. The 2020 Falcon Football team embraced the many pandemic disruptions and changes to not only appear in the Championship game for the first time in school history but grab the crown. 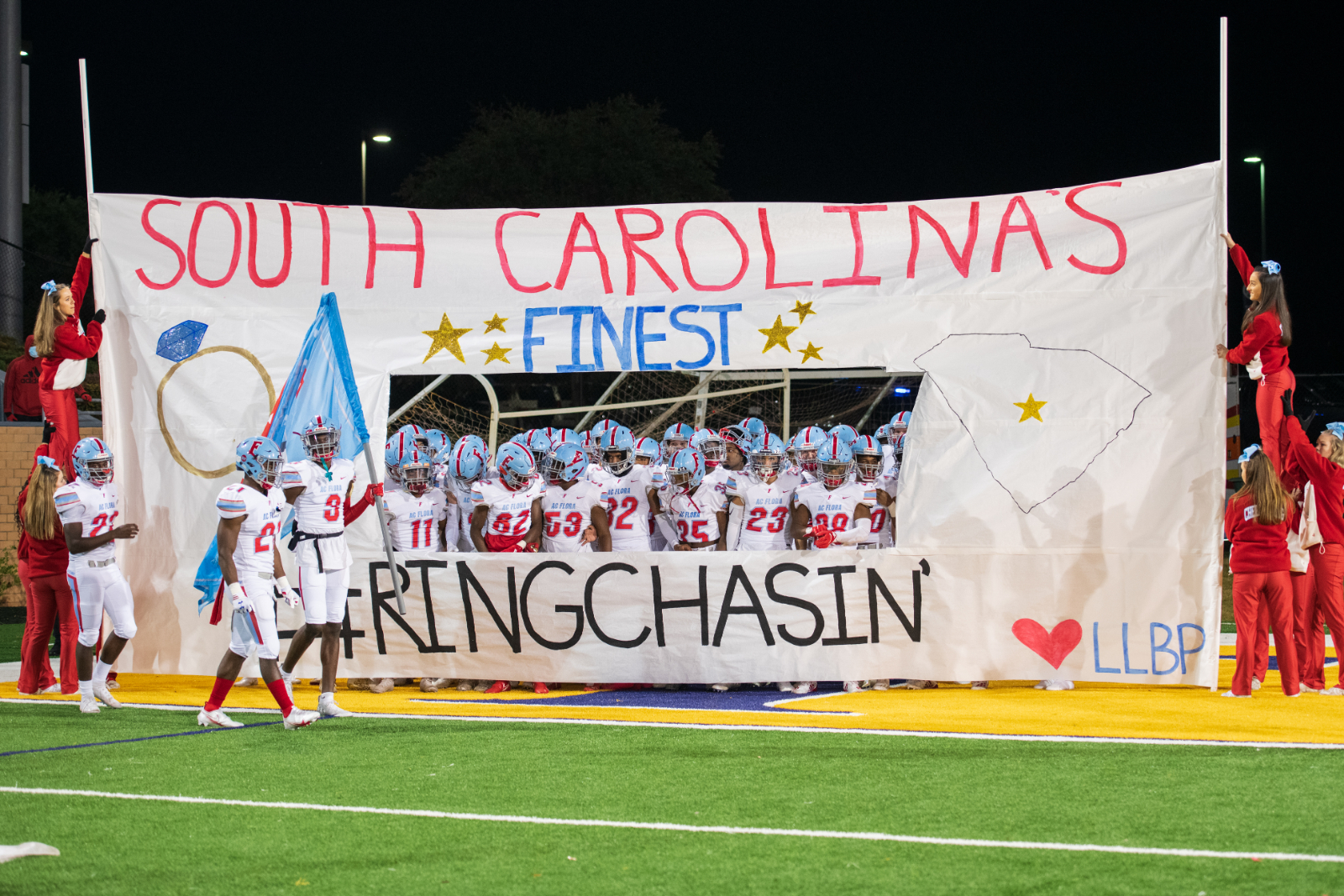 Each football team in our state dealt with a limited or non-existent spring schedule, minimal summer conditioning, and shortened pre-season practices. Just the privilege of playing the fall season in South Carolina was questionable, then a blessing. Other states cancelled their high school football seasons outright. Schedules were revised and revised then revised some more to deal with the ebbs and flows of the virus. In the end, AC Flora was able to play all five region opponents in the regular season prior to the playoffs.

Each of our conference opponents – Westwood, Richland Northeast, Irmo, Dreher, and Lugoff-Elgin – has a history of successful football programs. 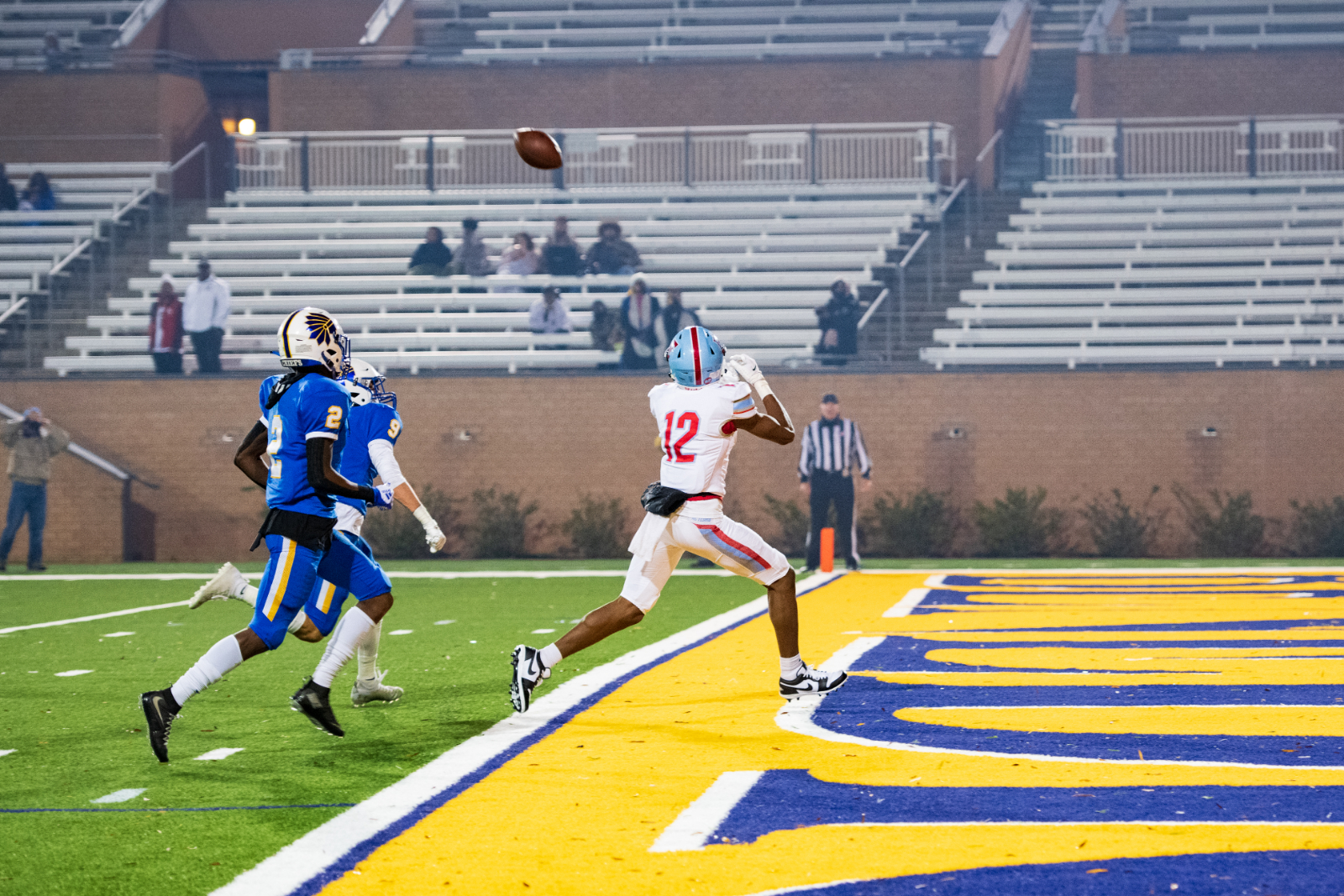 With an explosive offense and a tenacious defense, Flora outscored those opponents 272 to 36 to go undefeated in region play. The Flora faithful knew this year’s team would be special but, with a number one state ranking in AAAA football going into the playoffs, all the other football programs were taking notice as well. 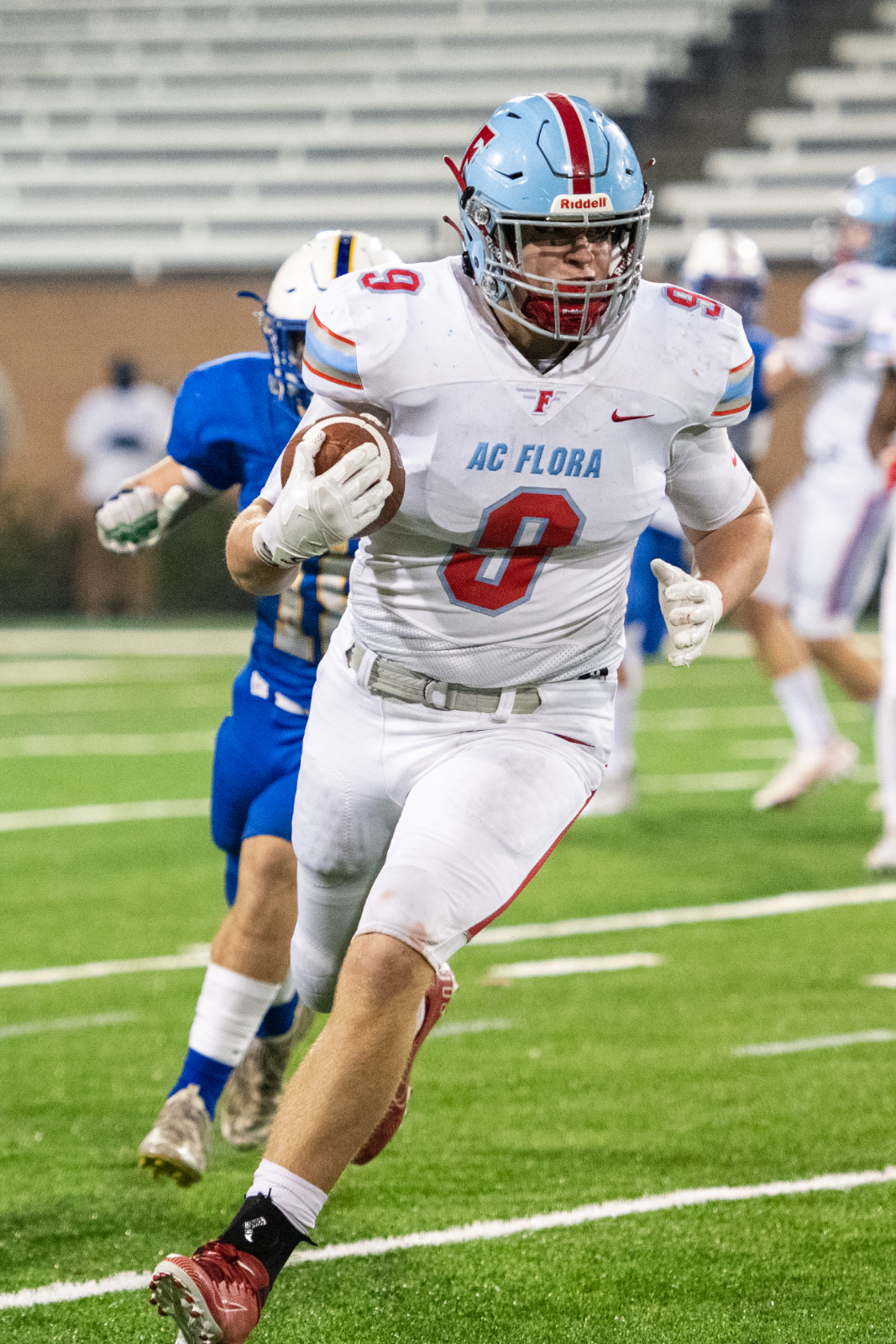 In football playoffs, the pressure of each game being a “must win” continuously builds and every opponent has the momentum of success. Flora parents and alumni knew all too well the gauntlet of perennial football powerhouses as well as an upstart program with seasoned athletes our team could face in the upper state bracket. If successful, Flora would then have to face any number of highly touted programs from the lower state bracket in the championship. However, Falcon players and coaches took a business-like approach of concentrating on each opponent as they came and never seemed to look ahead. It was not cockiness; rather, true confidence in their abilities, genuine love for one another, and the willingness to work exceptionally hard for a common goal.

This team has had more than its share of on and off the field heartaches; gut-wrenching, hard-to-imagine heartaches. Players, students, coaches, administrators, parents, and the entire Flora community have grieved. Through the love and respect shown during each dark time, these players became a stronger and stronger team. Not a “team” consisting of only the starting offense and/or defense and/or special teams; rather, a team consisting of each and every player on the roster regardless of position or playing time. Every team member contributed to the success of this team. That is a testament not only to the character of the players but the 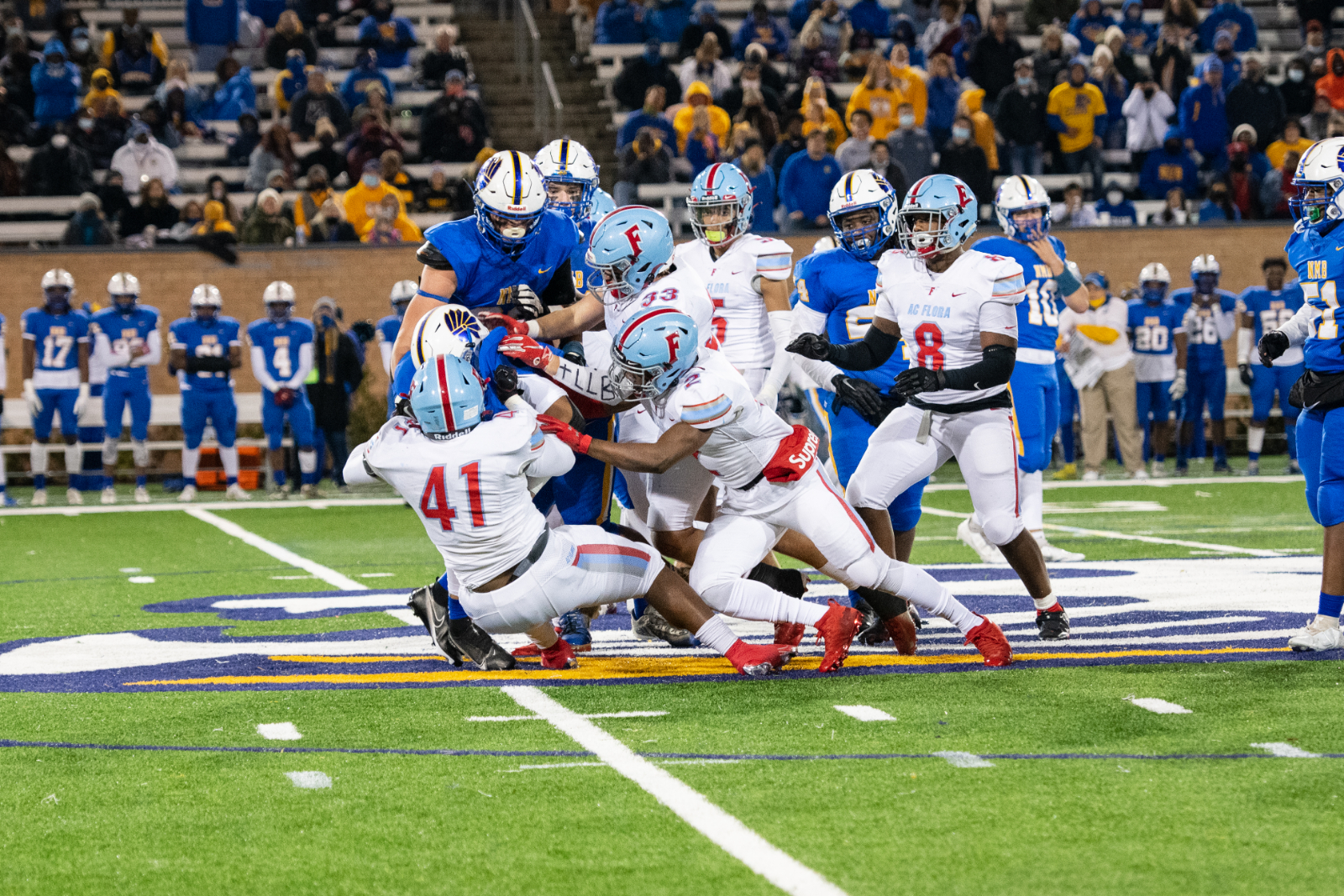 The upper state playoffs started with a home game against Travelers Rest; a familiar opponent in many sports but not so much in football. Flora took control of the game early and rolled to a 41-0 final score. Flora then travelled to South Pointe; a veritable football juggernaut which had beaten the Falcons a few years earlier in the Upper State Championship. After going down a touchdown early, Flora would get on track for a 41-14 win and advance to the Upper State 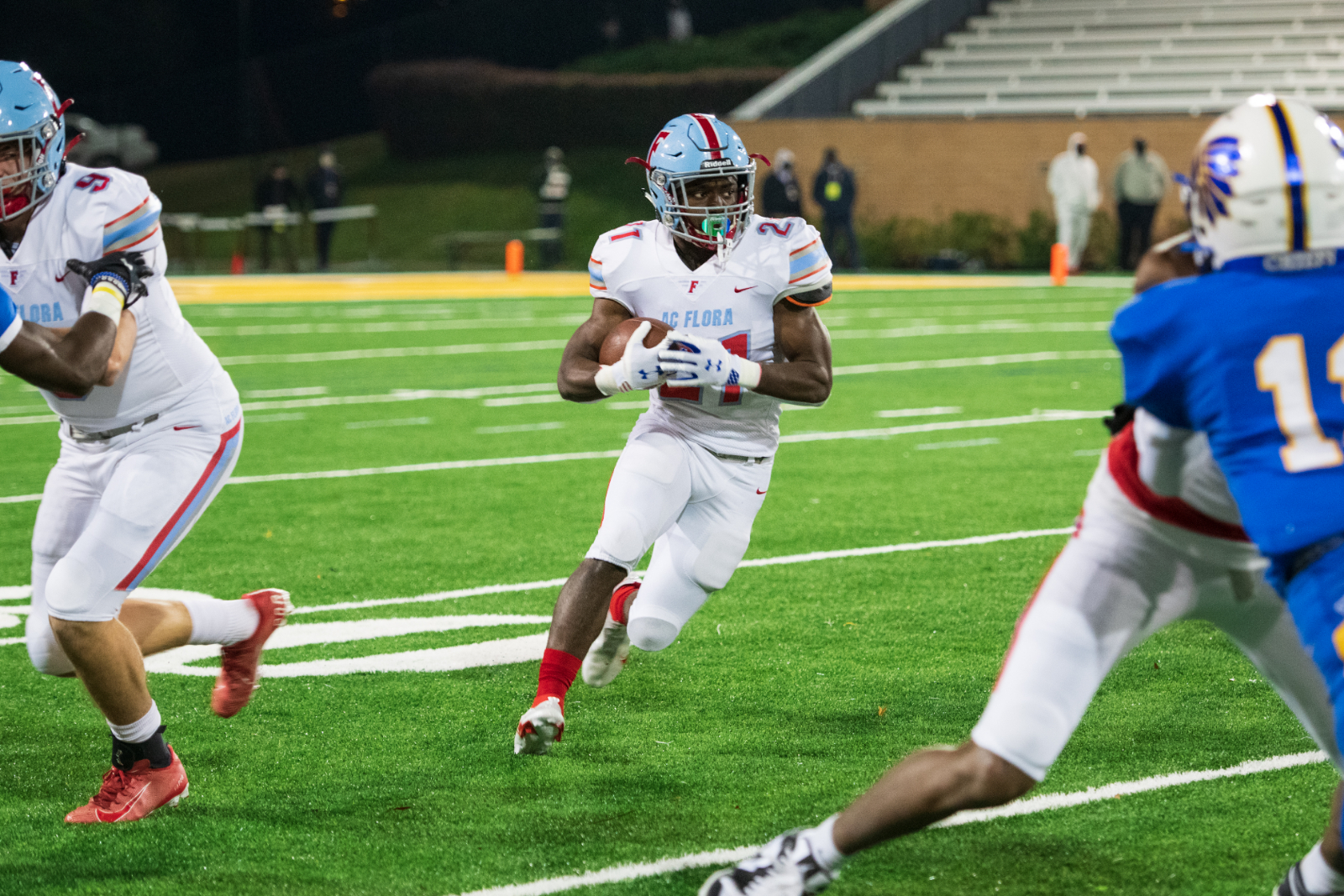 Championship. Flora faced another Rock Hill area school, Catawba Ridge, at Memorial Stadium for the Upper State Championship; a win would be the furthest a Flora football team had ever advanced in the 61-year history of the school. Flora defeated Catawba Ridge 42-21 to earn a spot in the State Championship Game. The final whistle ushered in as much bedlam as COVID would allow (perhaps more) that night at Memorial Stadium.

Flora football celebrated the milestone but was not satisfied with just advancing. The highly-ranked North Myrtle Beach Chiefs were the last team standing in the Lower State bracket and would be ready to play in their first state title game as well.

Championship night was nothing short of magical. The Flora community met at the school for a huge sendoff then caravanned to the 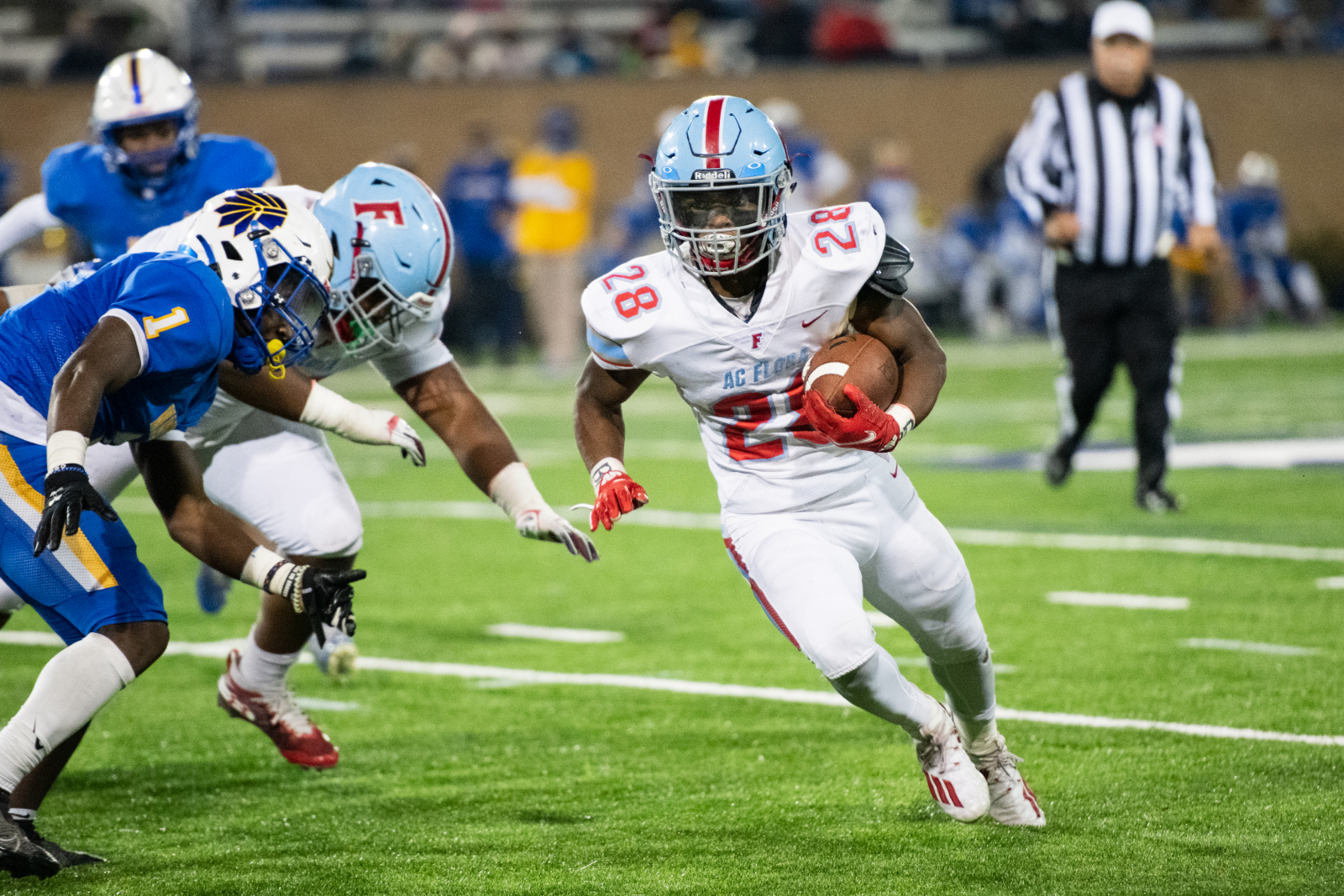 Championship game at Benedict College. Demand for tickets from parents, alumni, and others in the community far exceeded the limited numbers constrained by COVID. Many had to settle for watching the game on television or live stream. Neither the dropping temperature nor social distancing would deter either fan base from watching this game.

North Myrtle Beach brought a powerful team to Columbia but, in the end, they were no match for the Falcons this night. After getting down by a touchdown almost 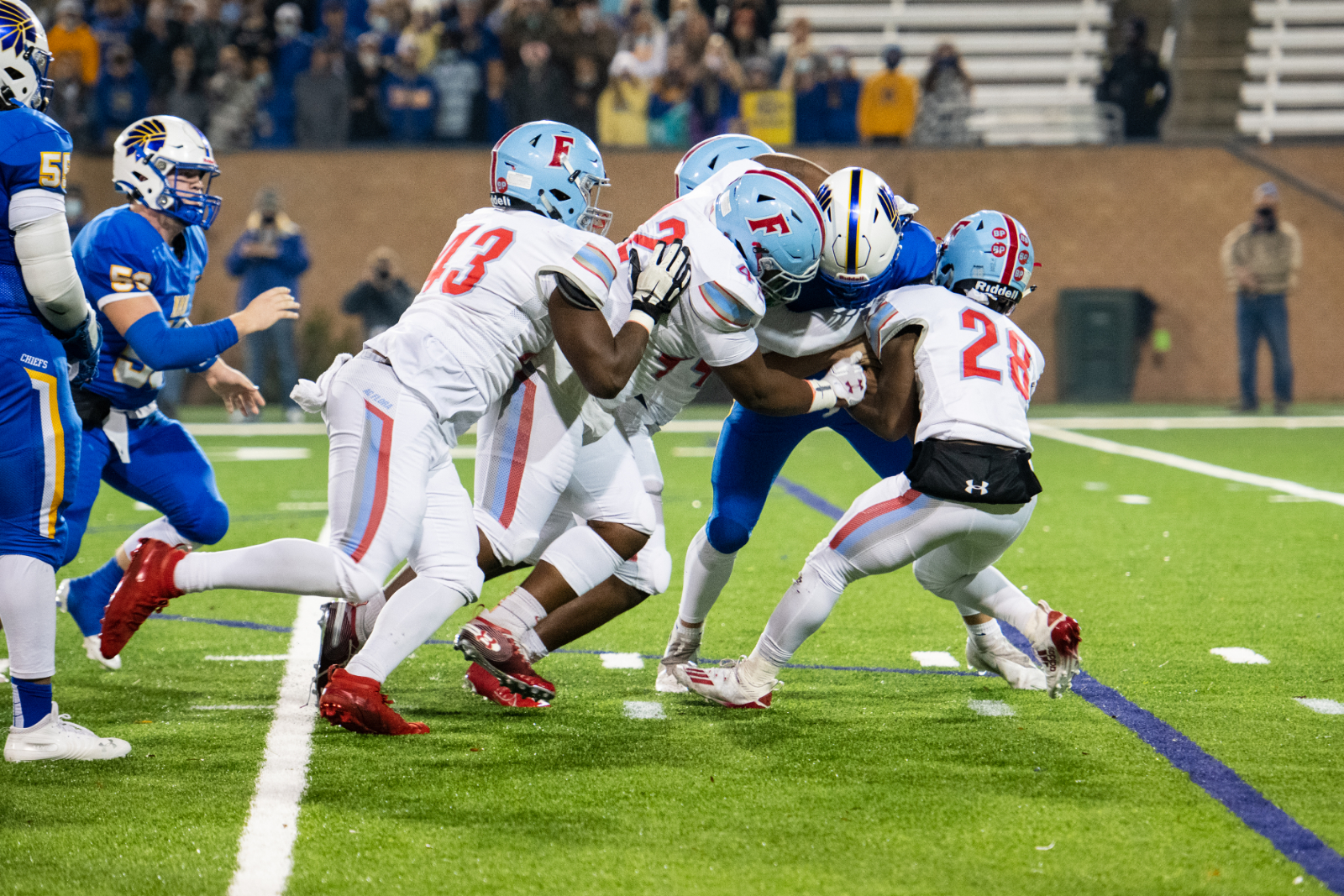 immediately, Flora roared back with 42 unanswered points. Flora simply had too many offensive weapons and a blocking line which ensured success. Flora’s defense remained dominant – smothering the Chief’s throughout the game. Special teams also clicked on all cylinders. One would be hard pressed to find a more complete performance by a football team. The final score stood at 42-7.

Afterwards, the Flora faithful lined up at school to welcome the champions home. An emotional medals ceremony ensued to recognize each member of the team, coaching staff, and support personnel. A giant screen was used to replay the game, and food trucks and photographers were in attendance. 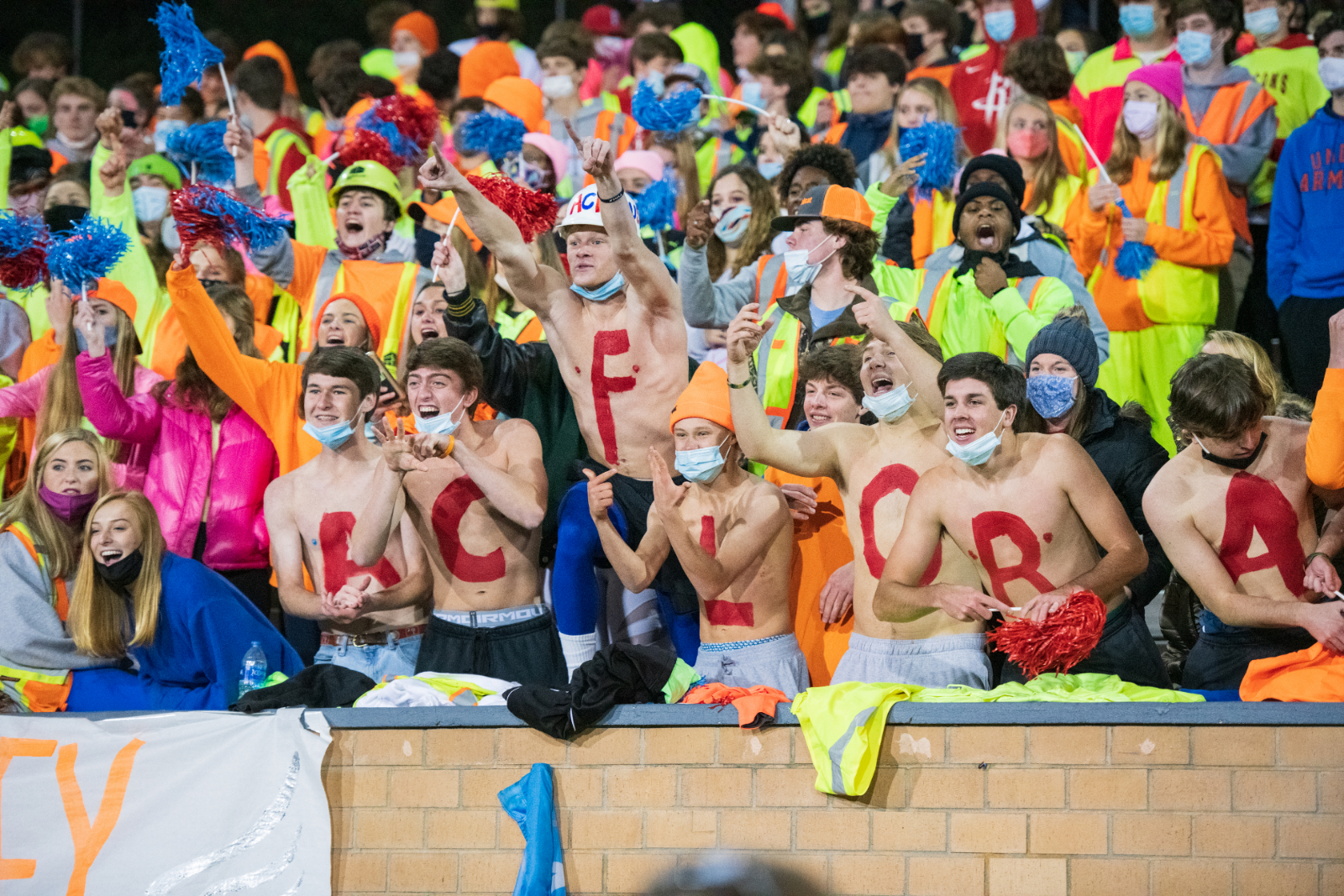 It is such an incredible task of getting 60-plus individuals to bond together in selfless pursuit of a common goal within such a physically demanding sport. There is no way to accomplish such a feat without the efforts of every team member/coach and the support of passionate students. The AC Flora community has been through a lot, and this State Championship victory is a testament to the resiliency of Falcon Nation. It has been an amazing journey. Well done by the champions on and off the field.

Note: The full photo gallery will be available this weekend.