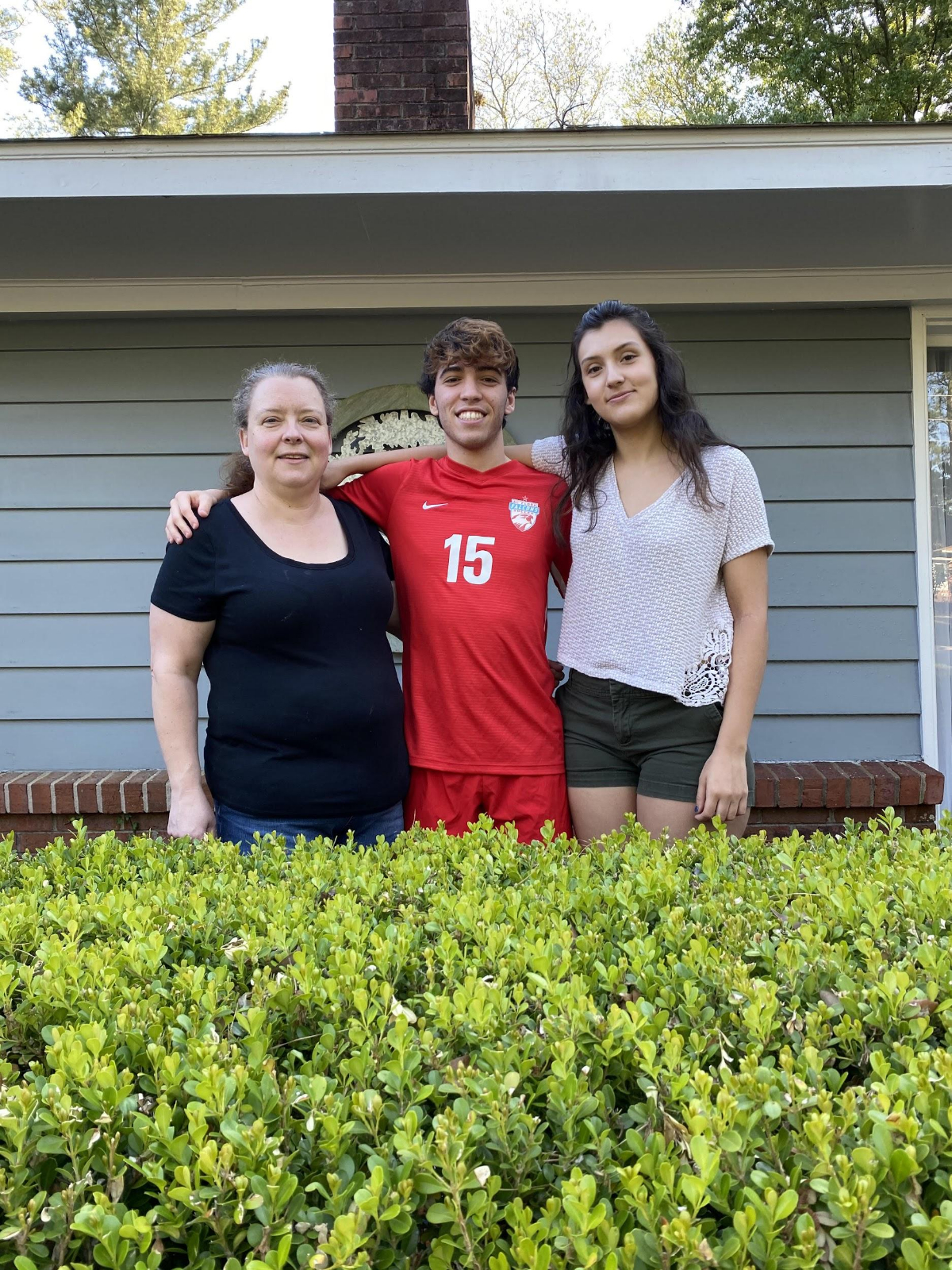 #15 – Matteo Menale
Matteo comes to the Falcons as an exchange student from Italy. Pictured to the left is his host mother and sister. He has been playing soccer for clubs in Italy since he was 6, and this is his first year in high school soccer.

His favorite memory from this season was beating Chapin in the Capital City cup. After this school year, Matteo will go back to Italy where he will finish high school.

From Coach Schroer: Matteo has been a great addition to the Falcons this year. Hailing as an exchange student from Italy, his charm and demeanor have brought a breath of fresh air to the program. He’s an excellent young man and a great example for the type of player we want to work with in our program. We hope that he has enjoyed his time in America and wish him well on his return to Italy. 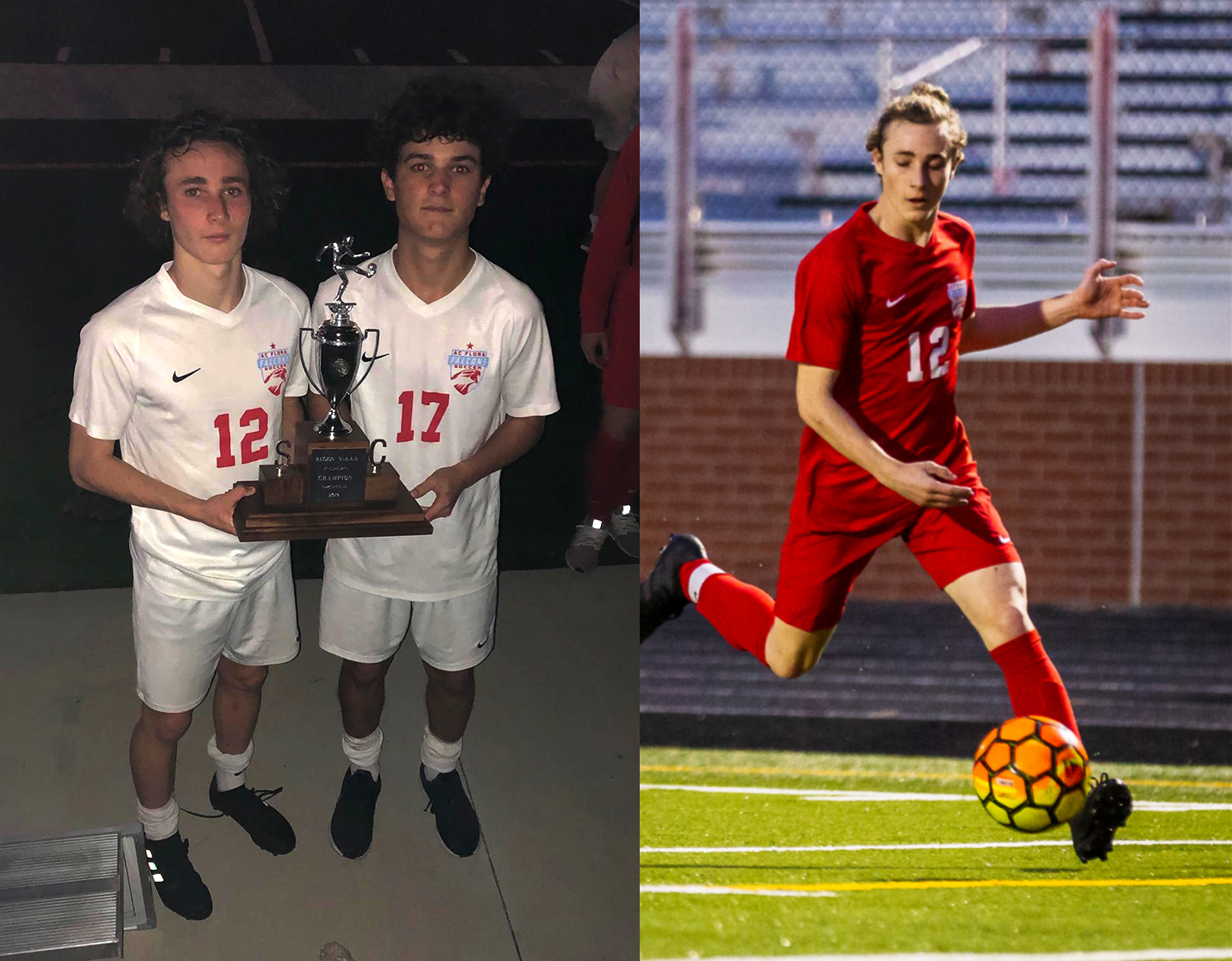 #12 – Griggs Vinsant
Griggs started rec soccer at the age of 3 and has played club soccer for 9 years with SC United and Charlotte Independence. He has been a 4-year varsity letterman at Flora.

Academic bio and accomplishments: I am a jack of all trades when it comes to school. I am a little good in every class, but not great in any class. I am an average student but a great class motivator. I work hard to keep my classmates on task and having a good time.

His favorite soccer memory is scoring the game winner against Dreher in the playoffs. His plans for next year will be to attend Newberry College on a soccer scholarship where he will be studying nursing.

From Coach Schroer: Griggs will leave the Falcons as one of its all-time best players and one who will never be replaced. His athleticism, skill on the ball, agility, speed and quickness have led him to one of the most successful high school soccer careers in the history of SC prep athletics. He has numerous scoring titles and awards to back up that praise. Further, Griggs is also one of the most fun athletes to be around. He loves to play, is the team clown, always wants to win, and wants to always contribute so that his teammates can share in the success. We look forward to watching him play at the next level at Newberry.