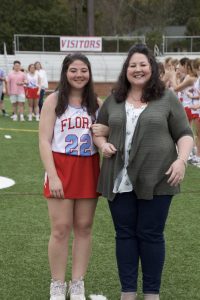 Abby Fraylick # 22
Abby Fraylick is the daughter of Paige Fraylick. Abby has been playing lacrosse for four years and wears jersey #22. Abby plays attack on the field.

During Abby’s high school career her greatest accomplishment has been lettering in Varsity Lacrosse.

One of Abby’s favorite lacrosse memories was beating Eastside High School in overtime.

After High School, Abby will be attending USC Aiken to study nursing. 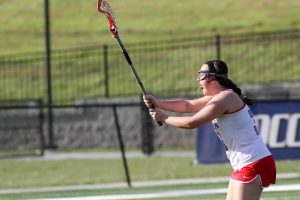 Carlyn Duke # 36
Carlyn Duke is the daughter of Carter and Lynwood Munsey. She has been playing lacrosse for four years and plays defense. Carlyn wears jersey #36.

During her high school career, Carlyn earned the title of All State 2nd Team Midfielder and was a member of the National Honor Society.

After high school, Carlyn will be attending the College of Charleston and will be studying Finance.