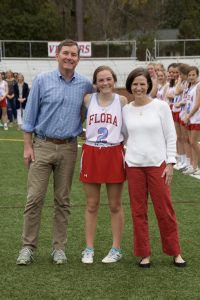 Jennings Searcy is the daughter of Steve and Gail Searcy. She has played lacrosse for five years, wears jersey #2 and plays the position of midfield.

Jennings accomplishments during high school include being a member of the National Honor Society and being a part of the IB program. She also was on the student council and participated in Palmetto Girls State. She made principal honor roll all four years and is an FCA leader.

Jennings’ favorite lacrosse memory was scoring her first goal at Chapin during her eight-grade year.
After graduation, Jennings will be attending Clemson University with plans of studying packaging science. 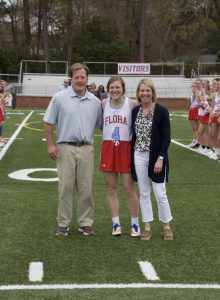 DuPre Eaddy is the daughter of Zan and Paul Eaddy. She has been playing lacrosse for four years. DuPre wears jersey number 4 and plays Attack on the field.

During DuPre’s high school years, DuPre was a member of the National Honor Society, was an Academic All Star, and received the Principal Honor Roll.

After high school, DuPre will be attending Clemson University and will be studying Preprofessional Health Studies.