With the uncertainty surrounding the spring sport schedule and the likelihood of not being able to host senior nights, we’d like to take the time to honor all our Seniors participating in spring sports. We’ll feature a different sport each week. 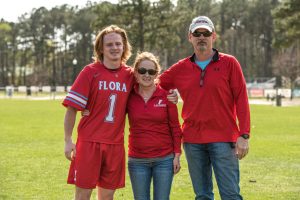 Harper Fordham is the son of Doug and Karen.
He has played lacrosse for 2 years, wears jersey #1 and plays the positions of Midfield and Face-off.

Harper’s accomplishments during high school include:
Being a 3 year Varsity Football Letterman and a member of the All-State Strength team in 2018. He is a member of the IB program and the National Honor Society.

After graduation, Harper will be attending Methodist University where he will play football and pursue a degree in Chemistry. 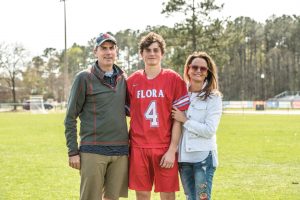 William King is the son of George and Beatrice.
He has played lacrosse for 10 years, wears jersey #4 and plays the position of Attack.

William’s favorite lacrosse memory: as a freshman, William scored the winning goal at the upper state championship against Christ Church. Coach Purdy was so excited that he dove into his players, only to land in a belly flop when no one caught him (all caught on video).

After graduation, William has committed to playing Men’s Lacrosse at Saint Joseph University in Philadelphia, a Division 1 school, ranked 20th in the country for Men’s Lacrosse.